Have you noticed?
Some of the most shared sites online don’t use share buttons.
Or at least,
they’re placed at a place on the page where they’re not obtrusive.
The bigger the site, with that I mean authority,
the easier they get social shares.

So, should you remove social buttons from your website?
Small or mediocre websites, with small amounts of traffic,
Do they benefit from social buttons or not?

Rosemie is a veteran Information Architect.
Interesting to see she notices it too.

The better the content, the less obtrusively buttons are placed.
Sharing content, actually, comes with what I call a natural drive.

The same goes for link bait or link earning cases.
If the content is too weak, too easy to reproduce as a competitor
and doesn’t have a psychological factor, I won’t get shared.
If you think like “WOW” in just a few second, … yeah.. it will be shared.

I make it sound easy, but it isn’t easy to build.
The concept is just simple.

Good content, reach & clean non-obtrusive design are half of the work. Medium has all three.
But Medium has being solving the problem of something else.
Creating a platform where everyone can contribute if they feel they have something important to say.
Why it turned out to be Medium to be that site? I guess they just were the first ones.
I think.

That wide range of contributors is 50% of that success.
Their stories, 40%. The design, readability & clever comment system is the other 10%.

You might give it an other percentage,
but I think you get the picture.

With that in mind. Do we really need social buttons on our website? I personally decided  _not_ to use any social buttons any more.
For several reasons.

It may be obvious, but it isn’t.
Site speed tremendously rises by adding social interaction buttons as we know’m.
I hear you thinking: “Yeah yeah, site speed, ofcourse“.

Yes. But actually. Do you pay attention to it if it comes to social buttons? I bet you don’t.

I did a test some while ago with the buttons platforms give us.
The Facebook button was the worst.

If you want to use social share buttons that are lightning fast,
use addthis buttons.

Unless, you want mega speed, make your own buttons.
You save another DNS call as well. Really! You can gain almost up to 3 seconds, depending on your configuration & server (if you’re not on a CDN).

What ever you do – make your own or custom buttons
Especially for Facebook interaction!

Small to medium traffic sites should not use share buttons

Take notice of small & medium sites. They don’t get lots of shares. By lots, I mean a hundred or more. Take Lunametrics for example.
One of the better Analytics blogs out there.

Their post on the GTM recover guide only got up to 59 shares in total. Most of them on Twitter.
I guess they’ll  measure their social interactions on-page,
but as a visitor, you have no clue if this was shared on-page or by shares off-page. If the url was shared by copying another tweet, the buttons also add an extra count.

In this case, social buttons can stimulate sharing,
but… does it convince you to share?

For that last option only, I would recommend to A/B test this with buttons below your post & before your post.
Check your bounce rate. It could indicate something.

And yes, they don’t always read your content,
so you might want to consider a new metric as well in stead of shares: attention (time).

It’s a shift, I think, not sure, born from without the Lean Analytics / Startup scene. Medium, Youtube & Chartbeat are also heading that direction.

It makes sense.
A share without reading is worth nothing!
A dozen shares are more interesting to get picked up by someone in the industry.

More shares? Even unread? The extra value is in the traffic. Nothing more. Nothing less.

A share is a soft link, not a hard one

You can go one about social & its part in SEO & stuff. But. Let’s face it. If your site is to small, you’d probably want to invested in hard links instead of shares.
Sure, shares have their purpose. Actually, only one purpose.

Shares are only good for creating momentum

Remember the Volvo campaign? With JCVD that did a spread between two driving Volvo trucks?
They gained a lot of momentum with social,
to build links, not from social channels.

Getting picked up & getting links, the best way: from websites.
Mediocre stuff simply don’t get that amount of links.

This is a case by Kristjan Mar Hauksson & Paul Madden, brought to you on SES London – photo credits: white.net

You get the picture.
So… don’t get me wrong.
You can use share buttons, but the momentum doesn’t come from the buttons on your site.
You’ll see a lot of re-shares, added to the number of shares counted by those buttons.

That brings me seamlessly to the next point.

This is something I’ve seen change over the last year on my own website.

For broadcasting, I used Twitterfeed.
Straightforward, out of the box, pushing messages as they went live on my website.

After a while, I noticed two things:

Odd isn’t it?
And us marketeers, keep on pushing the social stuff saying to our customers: “Put some social buttons on your site and get shared”. Bollocks!

People are getting lazy.
Overkill of information.

They will only share if they really like it, feel a part of the community, worship you or are a friend of you.
An act of kindness that is, as a friend.

It’s part of peer pressure (in a broad sense) & a psychological intent.

Why do things go viral? Because they focus on the psychological part first, before the build the content.

That brings me seamlessly to the next point, again.

Focus on the action (UX helps)

If sharing is happening on another channel,
Why even place social buttons on your site?
Shouldn’t we better focus on the action, what sites really are made for?

if it is any good.. they will share it (or keep it for them selves and hopefully they’ll subscribe to your site)
Focus on the action. Not the share.

Take e-commerce websites for example.
A shit load of them have share buttons on the product page,
and yet… they are often shared, with these buttons.

Visual Website Optimizer has a good case about it on their site about negative social proof.

Don’t let people think. Don’t confuse them.
You should focus on the action.
Add the product to your basket or order the  product.

Minimize the options – Maximize the focus on hard selling conversion

You don’t want shares.
You want to sell stuff, get leads.

Why is link building still such a hard profession you think?
Because the share & linking happens where you have almost no control over it. 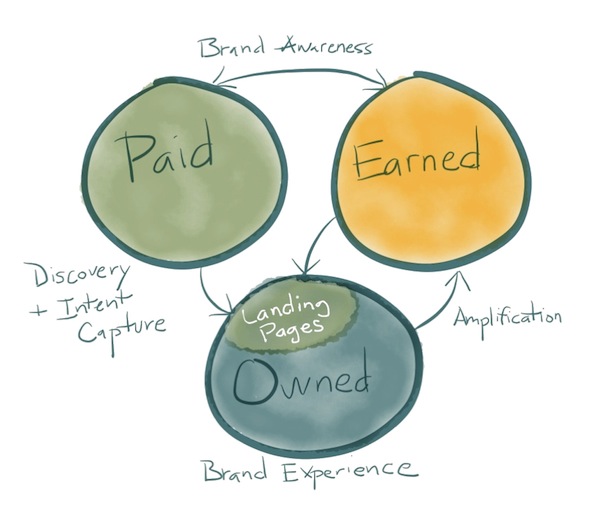 Also, I strongly advise you to read Sam Solomon’ post on UX & Social Buttons. He’s spot on. What is the value of such a button, if it only counts a few marginal shares. It makes your content look awfully bad. You don’t want that.

One way to use social buttons

For example: I bought me a pair of frackin’ awesome sneakers & on the confirmation page, I can share it with my friends on Facebook.

Sure, you don’t want the ordinary share button there, but something compelling. Something so me (your client) can tweak the message & maybe add some extra’s to it.

How about a pic of me throwing my old sneakers in the bin?

A second way to use social buttons

Ok. You desperately want to use share buttons?
Why don’t you give something in exchange for a share?

“Share to download” is a good tool to encourage sharing, but make sure you make the download count.
That’s the key. Really. That’s it really.
Make it count.