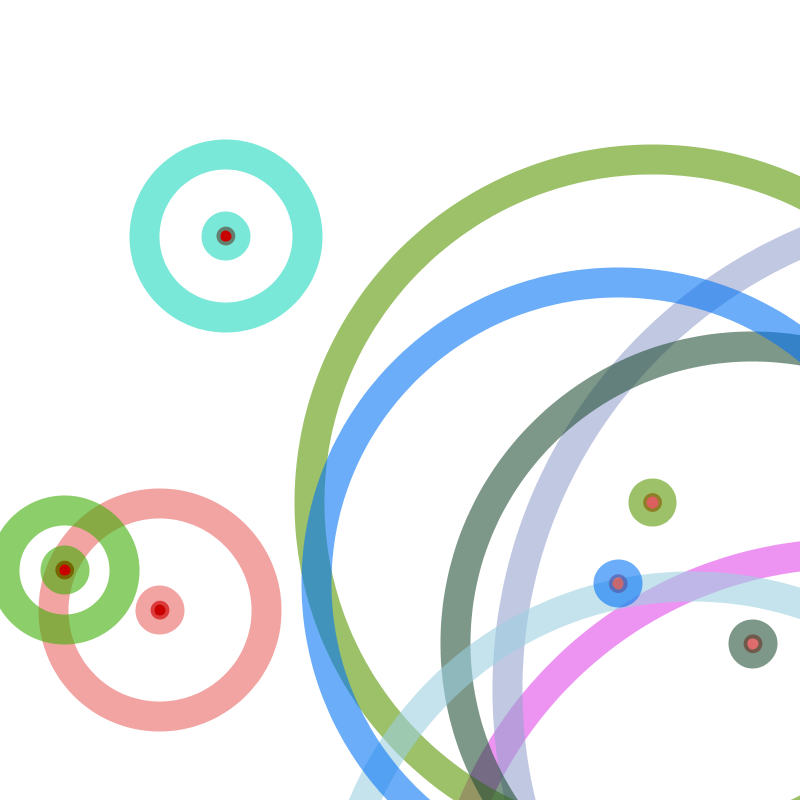 Lot of us use data for several things. For building sites, structures, making decisions based on data, … Yet, we tend to forget the evolution Analytics is going through the last few years. I think it’s worth it to take a moment to recap Analytics so far and how it’s evolving in the Industry.

I recently bumped into a very interesting article on Analytics on hbr.org by Thomas H. Davenport. It reminds me i’ll need to check out his work more often.

In his article he talks about the Evolution of Analytics. Only, I think he forgot one next step and Analytics is ready to be called 5.0 instead of 3.0 and 4.0 (although i’m not a fan of this kind of numeric stages).

Anyway, let me briefly recap his post for you.

THE EVOLUTION OF ANALYTICS

In short: there are three stages of Analytics that went by according to the date of his writing, in 2013.

ANALYTICS 1.0 – THE ERA OF BUSINESS INTELLIGENCE

The field of Business Analytics was born in the mid fifties with tools that could capture and product a large amount of data and discern patterns more than the unassisted human mind every could. Fact-based decision making beyond intuition based decision making was born. Hooray for that!

For the first time in history, processes, sales data, customer interactions, etc. could be captured, aggregated and analyzed. Software mainly focussed on those three things to help improve performance.

Until early 2000, nothing ever reached the scale of Google or Ebay. The internet made it possible to harvest bigger amounts of data than ever before. The first use of the term “Big Data” can be called a fact at the beginning of this new era, when the internet became globally (better) accessible.

New tools were needed, the rush to large scale Acquisition started to happen due to the possibilities and new skills were needed as data kept on growing at an insane rate! Even the agile development methodology couldn’t keep up with this large amount of data poring in.

ANALYTICS 3.0 – THE ERA OF DATA-ENRICHED OFFERINGS

During the 2.0 era, several Silicon Vally companies started to use data for customer-facing products, services and features.

Today it’s not just information firms and online companies that can create products and services from analyses of data. It’s every firm in every industry. If your company makes things, moves things, consumes things, or works with customers, you have increasing amounts of data on those activities. Every device, shipment, and consumer leaves a trail. You have the ability to analyze those sets of data for the benefit of customers and markets. Thomas H. Davenport

Mr. Davenport is right but I think there is another stage coming in the next few years and we’re seeing the first signs of it with the Internet of Things.

ANALYTICS 4.0 – THE ERA OF CONSUMER-CONTROLLED DATA

There’s a fine line between the era of Data-Enriched Offerings and an era controlled by the Consumer. I truly believe companies are making better products with feedback from customers, their consumers, their employees, the sensors even on their trucks and more…

Although companies still determine the direction of the product by over 50% and more. Not everything will be controlled by a company. Future products will be shaped by consumers and will be build by companies. It’s a shift. It’s also a shift in Analytics.

We’re facing an era where customers will want full or partly control over there data. Hosted an a platform they can trust or even, I strongly believe we could end up within a few years from now in this scenario, host it at home with my own little secure firewall running on a home-based server. Products like a hex start to enter the market, so it will not be long before it could turn into something ready-made and accessible by ordinary people. Our own data at our own fingertips.

Disruption is happening anymore. For example, Elon Musk, announcing the battery for storing electricity at home. Electricity grids will be next very soon, like they already do in Africa. Consumer controlled services, will also develop the need for Consumer controlled data services in hardware and software.

In this era, privacy and security will be a very interesting field of development. For any company, for anyone, especially if we still want to use that data for further development. Firms who will be open about their data usage will do better!

ANALYTICS 5.0 – THE ERA OF CONSUMER-AI-CONTROLLED DATA 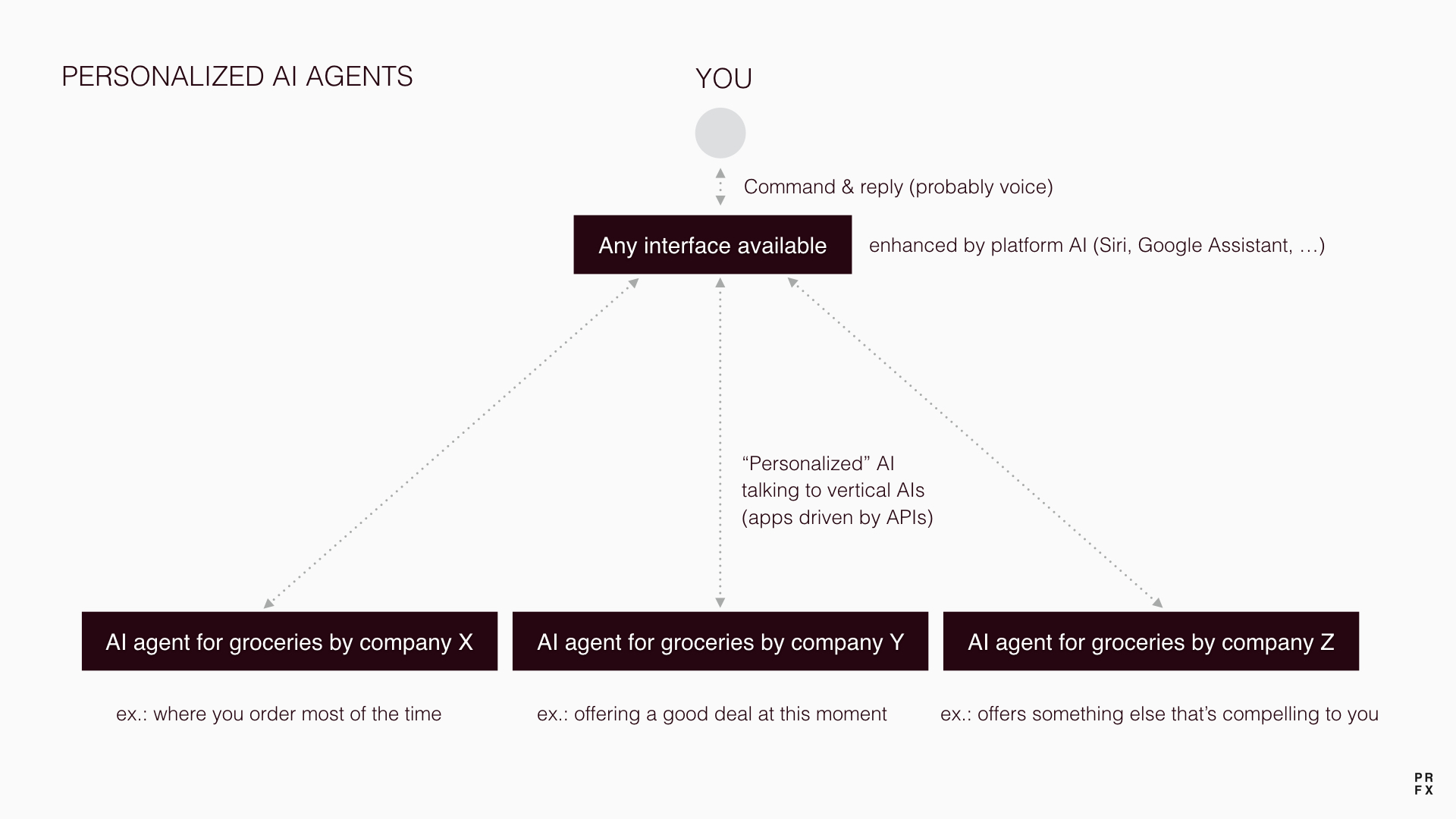 Personal AI agents talking to AI services or so called bots to get the job done. No more manual interventions, no more privacy issues due to full AI and probably voice-controlled commands to set-up and steer your personal horizontal AI agent that will talk to other more vertical oriented AI agents.

Ex.: “order milk” gives the personal AI agents the command to find the preferred outcome no matter what preferences if it comes to brand, retailer or other parameters unless they’re explicitly pronounced.

Personal AI agents will probably be an extension of your most used (mobile) platform provider, meaning it will be a personalized agent hosted in a closed-walled-eco-system like Apple, Google, Amazon, and even IBM (?) … probably no Facebook as they only offer connections & media instead of real practical value which a device-driven ecosystem can bypass. Security and privacy is thus a big focus for these big companies. As well as, lower the walled garden to find a good balance between monetary comfort in the long run and the illusion of total freedom for the consumer.

On the other hand, personalized AI agents will only give the information allowed, requested or needed, only with your explicit permission. Nothing more, nothing less. This is the new plumbing of the world. The internet became electricity. Now AI will become the internet.